EFJohnson Technologies makes your critical communication system safe and simple to use. Its patented Latitude™ technology makes the Atlas® P25 application and transport network distinctive. This enables ATLAS systems to offer increased flexibility as compared with traditional LMR systems in various aspects of its operations.

ATLAS is the Most Modern & Flexible P25 System

The inter-site communication leverages the power of IP multicast to provide one-to-many and many-to-many communication using a standard IP gateway router. Any site on the ATLAS enabled IP network that is capable of listening or sending voice packets can participate in the talkgroup. Network packets are simultaneously received and processed by all participating sites.

Distributed Call Control
The site initiating a call is responsible for call setup. Once the call is established, the initiating site encodes voice messages with a standard audio CODEC and uses standard IP multicasting to send real-time transport protocol (RTP) voice packets across the network to the other sites.

EFJohnson offers a flat pricing model for ATLAS systems. All supported software features are included in the base system offering. There are no additional fees for operational licenses, console features, network management system features, number of user IDs, number of talkgroup IDs, or number of NMS client users.

Adding a channel, a site, a console, or an NMS to a system only requires you to purchase the extra infrastructure equipment—no additional or hidden fees will be charged.

ATLAS systems consist of just four basic components. By using a common hardware platform to build the system components, the ATLAS solution reduces the need for spares by allowing a single pool of spares across multiple component types. The majority of ATLAS system components are based on commercial-off-the-shelf (COTS) hardware, significantly reducing system obsolescence and extending the life of your critical investment. 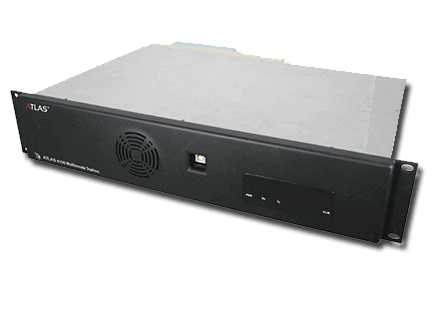 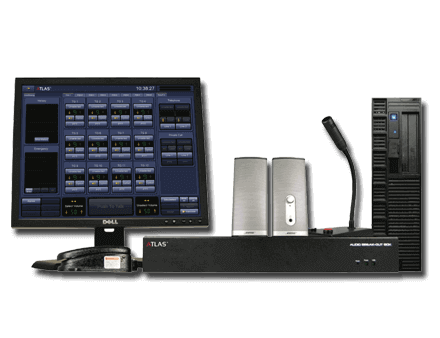 The StarGate® Dispatch Console is a next-generation console that provides interoperability via direct connection to P25 trunked and conventional systems, analog systems, paging systems, and connection to other disparate systems via control stations. The StarGate console is IP-based and fully distributed with no requirement for central control equipment, allowing extensive scalability and expansion and with no single point of failure. 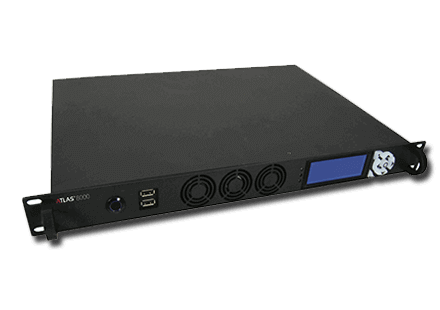 The Atlas 8000 Features Include: